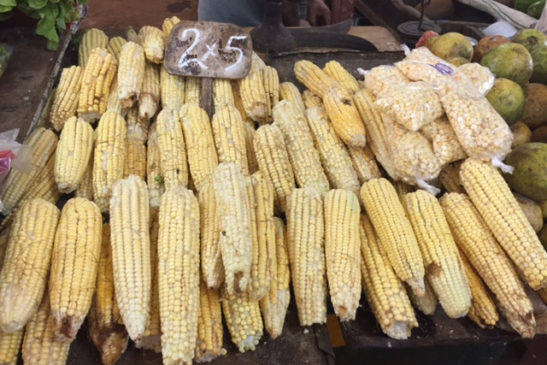 Typical corn in Cuba is only used for local, domestic consumption.

The delegation visited Cuba at an interesting time, as President Trump revealed the administration’s new policies concerning Cuba days before they left. The group met with a variety of organizations during their time in Cuba including the Institute of Animal Sciences, the Ministry of Agriculture, and the Ministry of Foreign Affairs. U.S. policies towards the island, particularly those related to agriculture, were top of mind with Cuban leaders and organizations.

Boyum reported an overall positive response to the efforts to build trade relationships. “Although Cuba is a small and developing market, there is opportunity for agricultural trade. Cuba imports nearly 80% of its food and since we are only 90 miles away, its important we’re engaged,” Boyum says.

CHS has supported legislation to end the embargo, lift travel restrictions and improve financing, which continues to be one of the major hurdles for agriculture shippers.

“Cuba is definitely a market in which CHS would like to be present,” says Audley Burford, Latin American Customer Relationship Manager for Grain Marketing North America. “We are currently working through the process of getting authorized as registered suppliers.”

The Cubans were interested in learning more about the U.S. cooperative system and how its structure benefits producers and other small businesses. The Institute of Animal Sciences recognized the benefits of importing U.S. grain to help with supplemental feed for livestock and collaborating with the U.S. to help Cuba’s study of animal diseases such as avian flu.

The delegation in front of the Institute for Animal Sciences.